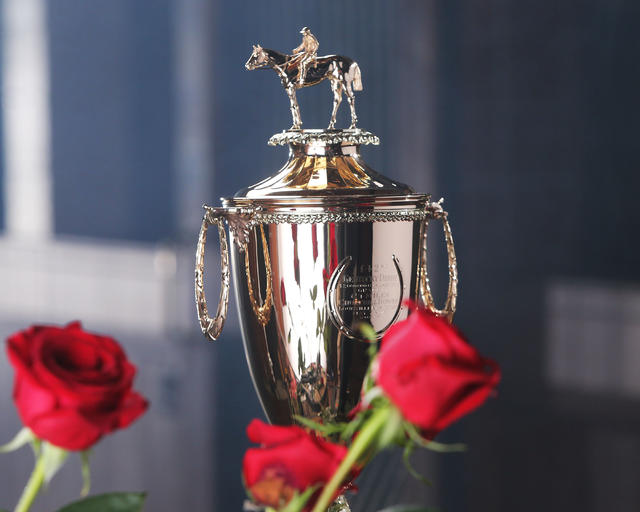 Have you ever wondered what it takes for a horse to qualify for the Kentucky Derby? With the annual foal crop in the United States averaging around 20,000 Thoroughbred foals per year, only twenty horses or 0.001% of each foal crop will have their chance to compete in the Run for the Roses.

The Road to the Derby—Qualifying

So, how do they make it to the starting gate? They take “The Road!”

The Road to the Derby—Point Gathering

The Road to the Kentucky Derby series features designated stakes races (September to April) that offer points to the top four finishers in each race. As The Road progresses closer to the Kentucky Derby, the point values offered for each race increase. Seven states across the United States (Arkansas, California, Florida, Kentucky, Louisiana, New York, and Oklahoma) host a total of thirty-five races occurring at thirteen different racetrack venues.

The Road to the Derby—Calculating

The Road to the Derby—Bonus Points

The Road to the Derby—Points Numbers Rise

After collecting fifty points with a win, the winner in each race is essentially ensured a spot inside the Kentucky Derby’s starting gate.

The Road to the Derby—Points Double

Towards the end of March, point values increase for the final time and double to an even higher scale:

Continuing through mid-April, the remaining eight races serve as the final prep-races for horses preparing for the Kentucky Derby. These winners are often regarded as the “expected favorites” on The First Saturday in May.

Historically, horses who earn at least 40 points tend to make the field for the Kentucky Derby, so simply finishing second in a 100 point race has the potential to securely place a horse into the starting gate.

While seven out of the eight one-hundred point races are offered in the United States, the UAE Derby at Meydan Racecourse in Dubai offers the same point scale.

The Road to the Derby—Wild Card Wins

The Lexington Stakes at Keeneland serves as a pre-finale, “wild card” race offering points on a 20-8-4-2 scale. It provides hopeful horses who are on the bubble of making the Derby field the opportunity to earn some last-minute points. After this final race, horses are given three weeks to prepare for the Kentucky Derby.

The Road to the Derby—Global Invite

Read up on the latest contenders for the 2021 Derby contenders in our latest story.

Show your Pennsylvania pride with our @oldsmokeclothing collection!

Contest time! In honor of #NationalBeverageDay, we're giving away a What a Ride wine cooler to one lucky winner! To enter for your chance to win, like, repost, and tag a friend you would share a beverage with in the comments below! Entries close Saturday, May 8th at 9am EST. ...

"You haven't learned it until you can teach it." #WednesdayWisdom ...

May the 4th be with you on this #NationalStarWarsDay! ...

Our #MareCrushMonday goes out to PA-bred millionaire Princess of Sylmar, who on this day eight years ago upset the Kentucky Oaks at odds of 38-1! ...

Happy Kentucky Oaks Day! Let us know your pick in the comments! ...

We want to see your kids and pets! Tag us in a photo for a chance to win a PHRA Prize bag for your kiddo! ...

#DYK that racehorses exercise in pools? It's a therapeutic way to get ready for racing. #NationalPoolOpeningDay ...

Friday means #FoalFriday! This sweet face belongs to a colt by Madefromlucky out of Into The East, foaled last week at Arrowwood Farm! ...