What factors combine to build a horse racing dynasty? What glue exists within racing families that creates and cements dedication and drive with love of the horse, passion for the sport, and racing success?

In the 1950s, businessman Ferdinand Beinhauer owned a funeral home, ran a livery stable on the south side of Pittsburgh, and raced Standardbreds at Schenley Oval.

Later, his son George Beinhauer studied Animal Husbandry and Pre-vet at PSU.  After serving in the US Army, George started racing in 1958-1959 in Chicago, Maryland, New York, Ohio, and the Pennsylvania Fair circuit.  The Meadows  opened in the 1960s and became “home” for the family. George later became president of the PHHA and a director for the USTA.

Continuing in the family tradition, George’s daughter, Lisa Beinhauer started driving around the fairs at age sixteen and went on to have her own stable for many years.  She earned starters and identifier licenses and became a paddock judge.

Lisa’s daughter, Amanda Beinhauer (the fourth generation) reminisces, “I enjoyed going there and having her teach me everything she knew. There’s so much to learn in the horse business. There’s not a ‘one shoe fits all’ [formula]. The biggest thing in this business is you never know what’s going to happen. Anything can happen.”

“Still, it’s a business, so you have to make money, but there’s that chance for the Cinderella story. You never know when you might get that horse. You take that chance every year when you buy a new horse,” says Amanda.

Similarly, 2016’s Top Leading Fair Trainer—Jason Shaw’s continued in his father Thomas Shaw’s and grandfather’s steps who both raced horses. Grandfather Nelson Shaw, Sr. paid a mere $300.00 for his first horse—Leila Star in the 1960s. He bought Leila Star (her sire is a brother of Adios) at the Harrisburg sale in 1964.

Tom’s first horse was Smokey Bazzel and raced successfully at Brandywine, Freehold, Buffalo, and The Meadows. He started racing the Pennsylvania Fair Circuit in 1971 and also trained a couple of Thoroughbreds that raced at Penn National.

Exampling & Respect Create Love of the Sport: The Beinhauer-Shaw Family

For the Beinhauer-Shaw family, the key is to “make it a fun and enjoyable experience [growing up and always],” says Amanda Beinhauer. “Being involved picking out horses, bidding on horses at auctions, working with the horses, and most importantly listen, hear, and respect opinions as [you would] an adult’s.”

All in the Beinhauer-Shaw family have early childhood memories of going to the barn, fair races in the evenings, and “helping with whatever needed to be done.” Says Amanda Beinhauer, “Horseracing is always something I liked. A few times I got tired of the hard work, but I’ve never not wanted to do this.”

“I love the sport. I enjoy that I take my kids to race with me. I like that luxury. Not many people can take their kids to work every day. I always enjoy that it’s us—a family business. You’re your own boss. You can do what you want,” says Amanda, “And again, anything can happen!”

Millennial’s Amanda Beinhauer and the Shaw brothers—Jason and Chris—agree, “You learn a lot. It teaches you hard work, dedication, responsibility and builds a solid work ethic. You learn to work for what you have, what you want, and that the sky’s the limit if you want to work for it.”

“It helps teach compassion. Horses are athletes so you have to take care of them just like any athlete would take care of themselves. It’s the same as you train yourself, and that includes the best nutrition, jogging every day, taking care of the body, muscles, and feet,” says Amanda.

From Jason Shaw’s perspective, “My grandfather and father had horses. It’s how Chris and I got into it. We went to the barn every day. A lot of the time we played. I started jogging horses when I was eight or nine sitting behind old, good horses that pretty much jogged themselves. Being around that taught the importance of hard work, long days, and patience.”

“Ya had to be positive to get your ass out of bed and get to work,” laughs Jason. “They don’t feed themselves! But, really, you’ve gotta love it, or you don’t do it. It’s a lifestyle, not a way to make a living. We’ve been days without sleep in the summertime. On the circuit, you sleep in the truck and go to the next fair.”

Amanda and Jason’s children Mason and Aria are the fifth generation. At age seven, Mason Shaw exudes the confidence that only comes from experiencing deep familial love and respect. “Mason owns most of the horses in the barn,” says Amanda.

Mason helps by cleaning the stalls, grooming, and helps take horses to Lasix. “I love going to the sales and jogging horses with my dad,” says Mason.

“His favorite horse Silver Sting always had an attitude,” says Amanda. “She wasn’t the nicest horse towards adults, but she was always nice to him. She’d put her head down so he could pet her. He rode her; she led him around. They just had a connection.”

Looking towards their daughter’s future in racing, Amanda shares, “Aria will be two in September and will be getting her first horse soon. There’s no age restriction for an owners license through The Meadows or the USTA, plus it’s free until they’re sixteen years old.”

“Right now, Aria helps with two select horses that you could honestly do anything with. The bond you can have with one can be amazing,” says Amanda. “She’s already a horse fanatic.”

Investing in Children to Prepare Them for Greatness

The Beinhauer-Shaw family exemplifies the success formula.  “Working with horses teaches compassion,” says Amanda. “Also, it’s a partnership, because if you don’t take care of them and do right by the horse, they can’t do anything to help you either. The kids are learning that.” 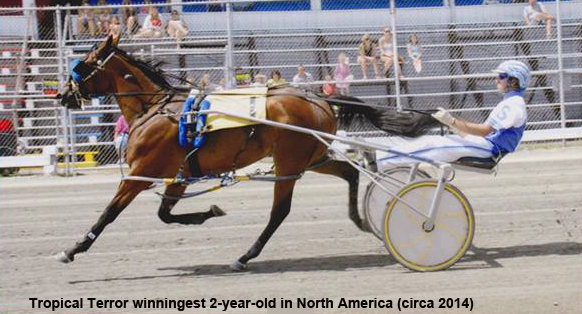 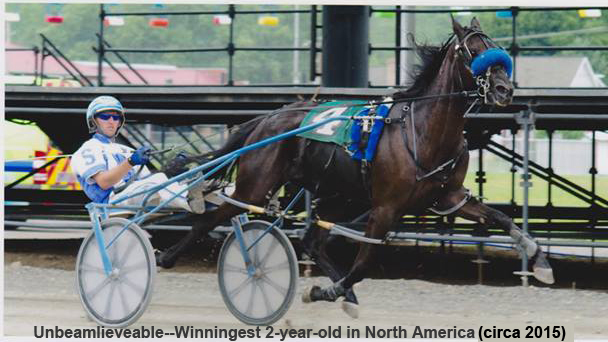